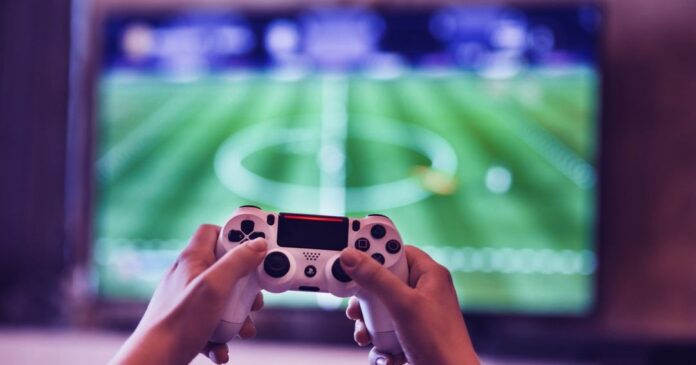 The gaming industry is enormous; there is no denying that fact, but how does it compare to other entertainment sectors? There are so many ways to access gaming, from online collaborative gaming to casino games, apps, and more. Therefore, it may come as no surprise to learn that it is actually one of the most significant areas and, along with television, has left Hollywood and moviemaking in its wake.

Over the last decade or so, there have been various events that have given rise to massive growth in the gaming sector. The development of technology has undoubtedly played a large part with new and innovative ways to create immersive gaming. This is the first generation that has known online gaming since birth as opposed to Gen X, that didn’t meet it until they were adults, and of course, there was a global pandemic that forced people to stay at home and find ways of passing the time of day for months on end. In 2006 the industry was estimated to have a worth of 8 billion dollars. By the time 2020 rolled around, it had exploded to being valued at 160 billion dollars which is the highest growth in all entertainment industries.

Establishing just what is the most popular entertainment requires a need to look at lots of factors, from Growth Rate to Reach as well as the apparent revenue. It also considers consumer habits, and the ease and convenience of ‘things available from home’ really do seem to capture the imagination. Therefore, it stands to reason that the two most prominent players in the market are television, with streaming like Netflix and Amazon Prime being the most popular and online gaming leading the way.

The popularity of streaming television currently pips gaming into first place as the most significant percentage industry, but it isn’t far behind. Of course, streaming offers something that programmed television does not, and that is the ability to watch on-demand and without advert-breaks appeals to the modern lifestyle. Hence, it is little wonder that it has become so popular. In 2020 the worldwide revenue from television was 400 billion dollars, so still quite a leap ahead of the gaming figure of 160 billion dollars. However, the Hollywood movie industry, which we always assume to be popular, only ranked 7th with 45 billion dollars showing just how much damage the pandemic caused sectors that rely on people coming to them.

One of the biggest uppers in the gaming industry has been the rise of mobile gaming. With an app for just about everything, it is evident that online gaming providers had to offer this to attract their audiences and fully reach their target market. PC gamers make up 23% of the gaming revenue, console gamers 32%, while mobile gaming dominates the income stream pulling in 45% of the revenue. With most collaborative online games, casino games, and others all available, players can play anytime, anywhere in this always-on world.

Finally, if we look at reach, the gaming industry is already closing in on streaming television. In 2020 it was recorded as 2.39 billion players worldwide enjoyed the offerings of gaming software, and the growth shows no sign of stopping. Paid tv and online streaming like Netflix have a combined subscriber base of 860 million, which is considerably less. The difference in revenue is, of course, down to the fact that to access the streaming, a fee is paid upfront, whereas many of the gamers included in the count are using free to play games. But the fact they are interesting makes them excellent prospects to add to the revenue in the future.