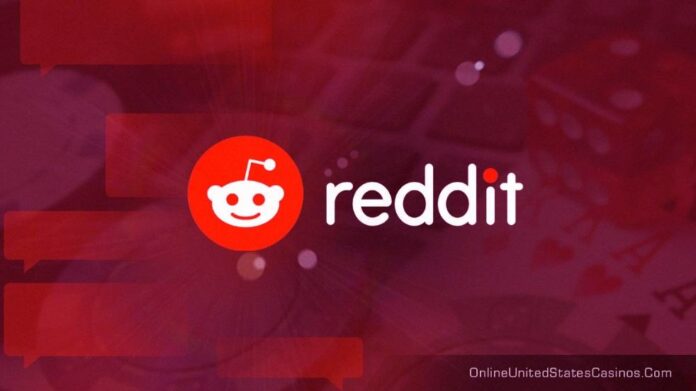 Online gambling used to slowly creep up on the land-based casino sector, chipping away at its revenues, growing its user base at a modest pace, year on year. However, things have kicked into high gear as of late, as the global pandemic introduced more people than ever to the magic of enjoying casino-style entertainment from home. An older study from the American Gaming Association showed that 73.8% of people surveyed responded that they prefer playing games of chance over the internet, with the top reason listed being convenience (48%). Thus, it is no wonder that as the digital sphere advances and new technologies get introduced, that internet gambling will sooner rather than later leave the brick-and-mortar gaming industry in the dust. Comfort plus innovation is a potent formula for success.

Reddit is a melting pot of people with different interests who group to enhance their passions for specific hobbies. Naturally, more than a few betting fanatics are active on the platform. These individuals frequently patron gambling games sites, looking to hit it big, or just have a love for this pastime and the excitement it brings. Thus, there is no shortage of subreddits that focus on interactive gaming and sports betting. Below, we look at the most popular ones.

Online Gambling is the most generic and broad subreddit regarding internet wagering. It went online in 2008, at a time, where this pastime was well-developed but was not all the rage. Online Gambling currently boasts 8,300 members, and, on average, it has at least twenty members active. The unique aspect concerning this subreddit is that it is a place where users can promote their affiliate links. Yet, they can only do so utilizing a post ratio of 1:9, meaning for every referral link they publish here, they have to follow it up with nine general, on-topic posts. The moderators of Online Gambling promote three gambling websites per category in the subreddit’s interface, looking to snag affiliate commissions themselves. Discussions here are wide-ranging, but they mainly focus on casino-style entertainment.

Sportsbook: the Sports Betting Subreddit is likely the most popular gambling section on Reddit, boasting over a quarter of a million members. It got up and running in 2010, and unlike Online Gambling, it is not too favorable regarding self-promotion. It does not allow tipsters to advertise or sell their picks to others here. Moreover, it clearly outlines that no one should spend money to buy picks. To dismay people from this practice, it has a prediction page where everyone can throw up their event selections and see how they stack up against those made by others. These are prediction tournaments that involve token-betting and are also super informative. The Reddit Sportsbook subreddit also has a discord group that is buzzing, where anyone can get up-to-date betting scoops.

Multiple subreddits focus on crypto betting, an activity that got birthed in 2011 when provably fair dice sites showed up on the World Wide Web. Today, virtually all the top-end online casinos and sportsbooks allow at least Bitcoin as a payment method, with most also dabbling in facilitating Ethereum, Litecoin, and Tether wagering. Bitcoin Gambling is a subreddit that was quick to the race, as it got launched in 2013 when more modern-style gaming platforms began popping up and SoftGamings was getting ready to start its crypto-friendly offensive. That said, despite its early start, it has managed to stay a tight-knit community with only 2,300 members. Sadly, this subreddit has slowly morphed into an advertising board for casino/sportsbook promotions. Little to zero lively conversations are going on here daily, as in recent months, most posts have been ad spam.

Counter-Strike has become a worldwide phenomenon. It has become its entity, to where the majority of modern gamers do not even know that it was originally a mod for Half-Life. Skins betting is a term used to describe wagering using virtual goods. It is a practice that has gotten massive steam recently, especially among Counter-Strike fans. Several CSGO skins betting sites exist on the web, and they cater to younger demographics of gamblers. These players find the novelty of standing to win unique digital assets more appealing than attaining fiat money. The CSGOBetting subreddit has over 58,000 users, and it only allows ads approved by moderators and no posts that link back to other communities.

Problem gambling gets defined as a compulsion to continuously bet despite being aware of the potential negative consequences of this activity. It affects a small percentage of gamblers but can bring upon dramatic financial and social problems. Thus, those who suffer from this issue would be wise to check out the Problem Gambling subreddit and seek help from others in a similar situation regarding this problem.

Shelly Schiff has been working in the gambling industry since 2009, mainly on the digital side of things, employed by OUSC. However, over her eleven-year career, Shelly has provided content for many other top interactive gaming websites. She knows all there is to know about slots and has in-depth knowledge of the most popular table games. Her golden retriever Garry occupies most of her leisure time. Though, when she can, she loves reading Jim Thompson-like crime novels.