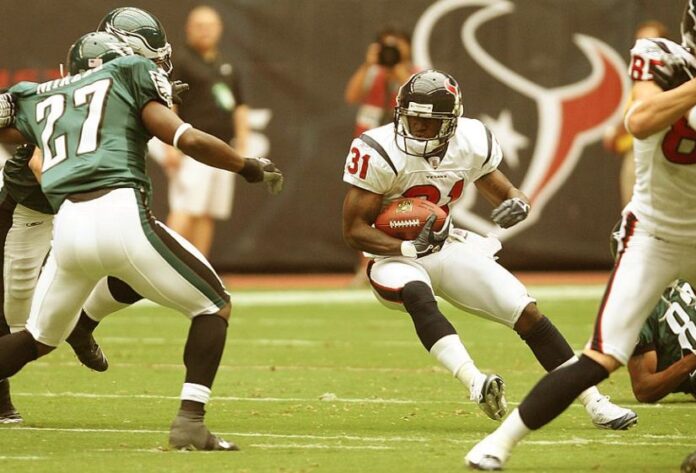 Contents hide
1 Point spread: the basics
2 How the point spread is calculated
3 A word about odds

Anticipation is steadily beginning to mount in advance of the start of the 2022-2023 NFL season. And it’s not just the coaches who are eager to see how well their choices in the draft are going to play out.

There’s also the estimated 184 million fans of the game who want to see their particular teams excel and maybe even carry off the game’s biggest prize – the Super Bowl.

It’s also likely to be a season when sports betting reaches new highs in the US. The amounts being wagered have steadily increased, and are set to continue rising, ever since the Supreme Court’s momentous 2018 decision to legalize the practice.

As more and more people become involved in the activity, many are looking for different ways to bet instead of just on winning lines. This is why the NFL point spread is also becoming increasingly popular.

It might sound complex and the sort of activity that you’d need the brain of a Wall Street trader to master, but it’s really very simple.

To explain it as its simplest, point spread is a way to bet on either the number of points that a team will win by, if they’re the favorites, or how few points their opponents will lose by if they are the underdogs.

One of the reasons for the popularity of this kind of bet is that it gives fans of those underdog teams a chance to enjoy a little action, even if they’re not expected to win.

A team which is expected to win will have a negative (-) number of points, their opponents the same number but with a positive (+) sign before it. For a bet on the favorites to win they must beat their opponents by more than the number. If the bet on the underdogs is going to be successful they need to either win outright or lose by fewer points than their point spread number.

So let’s take a look at an example.

In a fictional game between the San Francisco 49ers and the Detroit Lions the 49ers who are favorites are rated at -7.5 with the Lions at +7.5.

The favored 49ers are said to be “laying” 7.5 points. This means you take 7.5 points from their final score and if they still have more points than the Lions, then they “covered.” So the 49ers need to win the game by at least 8 points for you to win your bet.

The Lions, on the other hand, are “getting” 7.5 points. This means you add 7.5 points to their final score and if they have more points than the Patriots, then they are “covered.” So to win your bet, the Lions mustn’t lose by 8 points or more. For example, if they only lose by 3 points, you would win.

Here are three possible outcomes with the winners of the bet in bold:

There is another situation that can occur and that is when the score is tied. In this instance all bets are off with the stake money being returned in full.

How the point spread is calculated

Sportsbooks use a number of factors when working out what the point spread should be. These include how well each team is doing at any particular point in the season as well as the previous results when the two teams have met.

Other elements include taking injuries into account. For example, if a real touchdown star is out with a hamstring strain the team in question is likely to score fewer points than usual. Another marginal difference can be incorporated if a team is play in their home stadium, something that is considered to give them a marginal advantage.

Because teams at the highest level of the sport are generally fairly closely matched, the point spread is never especially high and rarely over +10 or -10.

A word about odds

When you see a point spread for a team it will be accompanied by a number in brackets to its right. Generally this is shown as (110) which means that you will have to wager $110 to win $100 plus, of course, getting your stake money back. But there are circumstances when this can drop to, say, (105). This usually happens when bets are coming in heavily on the other side and the sportsbook wants to level up the betting.

So why not give point spread betting a go this season. The action promises to be thrilling, and being able to win even if your chosen team loses could make it even more of a blast.