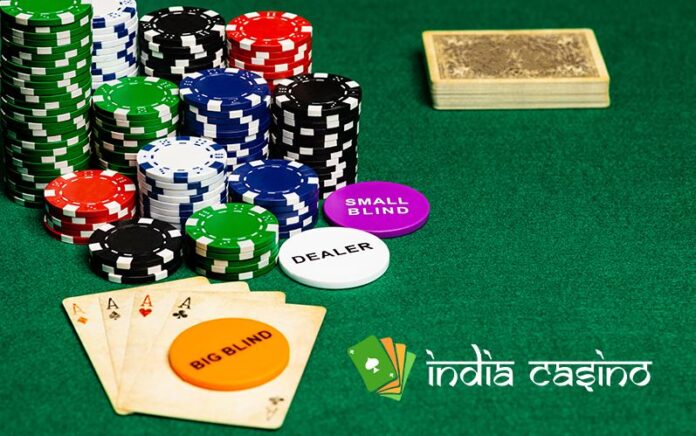 The history of Blackjack, as with most casino games, is uncertain. There’s still much debate over its origins, but the generally accepted consensus at this time is that it started in France somewhere around the 1700s.

The cards in France were called “Vingt-et-Un,” which means “Twenty-one.” The cards probably come from the Chemin de Fer game which was popular around that time.

There is another theory that claims that Blackjack is an invention of the Romans and was played with wooden blocks that had numbers painted on them.

Since there are a couple of free casino bonus offers for this game, making it highly sought-after, let’s see what happened to this popular game through the ages and how it became the casino game we know, love and still play to this day, even in online casinos.

In Europe, there are several card games that might have helped create Vingt-et-Un, the forefather of Blackjack. The games were the Spanish Trente-Un, the Italian Sette e Mezzo and the French Quinze.

These games have been around since the 15th and 16th centuries but there is ground to believe that they have greatly influenced the Blackjack game even though they are played differently and with different numbers of cards.

So we had Blackjack in Europe already, but in the 18th-century the Vingt-et-Un version made its way to America with the help of french colonists.

While it was decently popular in France, it became a much bigger thing in America. In New Orleans, gambling halls were legalized in 1820 so blackjack became a lot more popular. The rules were a bit different than the ones we know today, for example, only the dealer could double.

Even so, a star was born. Eleanor Dumont, a French woman who had immigrated to America, became a talented dealer and travelled a lot spreading the passion for the game. She settled in Nevada, California, and opened a gambling hall that was named Vingt-et-Un. People came to her establishment from all over the country to get a chance to play her even though she wasn’t offering a free casino bonus.

During the 19th century, Blackjack was played in both Britain and America using its French name. While sometimes spelled as Van John, as that’s what it sounded as for the non-french speaking players, the name that stuck ever since the First World War was Pontoon.

This name sounds like a bad English pronunciation of the word Vingt-(et)-un. Pontoon is to this day the informal name of the British Blackjack game.

In the 19th century, the game spread like wildfire and it became popular all over the world as it was both a game of skill and of luck. Fun and easy to understand and play it isn’t a surprise that it impressed players.

The 20th century is known as the great era of casinos and during this time Blackjack saw an even bigger increase in popularity and finally settled on the name and rules we use today.

The game was still called 21 in Nevada but during the 20th century it became known as Blackjack. The name came from the fact that casinos wanted to promote the game. In order to do this, they offered some bonus payouts.

They paid extra if you got an ace of spades and a blackjack (either a jack of spades or a jack of clubs). The promotion worked so well that the name stuck and it became the official name of the game.

Thanks to the Nevada Gaming Commission which legalized gambling, a set of rules was penned, the same rules that we know today.

In the 20th century we also saw the beginning of card counting. The first card counters appeared and took the casino world by storm. Even today you can still use card counting as it is not illegal. The only thing is that it’s frowned upon nowadays and dealers are highly trained to catch it and stop it from happening.

When the internet came to be everything changed. Now, players could enjoy blackjack at any time. With the mobile revolution, nothing could stand between players and their favourite casino games and you can now play blackjack even on the go.

At online casinos you get a lot of different variations of blackjack, both classic and live dealer. New variants are launched all the time, so you never run out of new blackjack games to play.

If at land-based casinos you only get a couple of tables and blackjack and need to wait your turn to play if there are too many players, online everything is different. When you enter an online casino there are dozens of tables you can join. You can play exactly when you want, you don’t need to wait for anything.

What is more, you can also get that real Las Vegas feeling by playing live dealer versions which make you feel like you are in a real casino, but from the comfort of your home. You get all the accessibility you want and need, wherever you are.

Blackjack today is pretty similar to the 20th century version. With so many variants available, it means that you can try both the classic version and the special Pontoon or Vingt-et-Un versions.

You can play alone or try multiplayer. It can be even played with the computer using an RNG or can play with a live dealer and even socialise with other players. There is no need to leave your house and drive a couple of hours to the nearest casino. You can enjoy yourself at home, when you’re on vacation, on your commute to work or whenever you have some spare time.

There are even a couple of VR blackjack games you can try if you want the experience to be even more immersive than it is with a live dealer.

Blackjack is a casino game that’s been around for a long time and it doesn’t feel like it will ever go out of style. Even today people still enjoy it and, after slot games, it’s one of the most popular games you can try at online casinos. It’s easy to understand and play even for beginners, it requires some skill not just luck and it can bring you some sizable wins if you’re lucky enough.