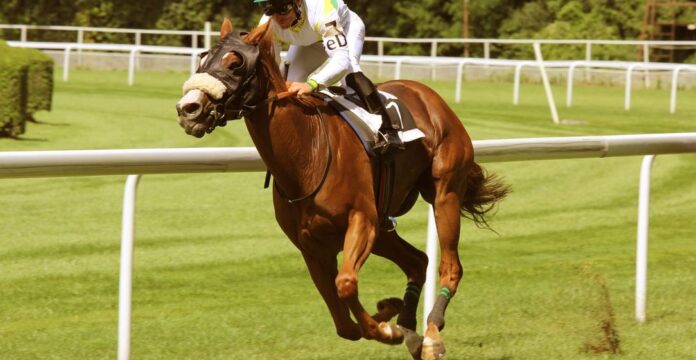 However, we can make an educated guess if we look at some favorites set to participate in the event. Generally, Kentucky derby odds are set based on the individual qualities of the horses; what makes them different and unique.

How were these racehorses chosen as favorites? We will find out as well. Please grab a cup of coffee as we will be listing the best horses featuring in the 2022 Kentucky derby.

Here are the top horses featuring in the 2022 Kentucky derby:

Epicenter is one of the favorites to be watched in the 2022 Kentucky derby 2022. He has had some leaderboard wins since he started. The racehorse was born and bred at the west wind farm. He was just a three-year-old colt when sold to Lexington some years back.

Epicenter gradually started making a name for himself; he made a debut at Churchill downs, where he came out sixth. He recently won the Louisiana Derby, which made him famous and sealed a deal immediately. That deal made him eligible to run for the roses. Looking at his records, he is one of the favorites to watch out for in the event and arguably the best to put money on.

Messier is a favorite to watch. He’s already having some paced records placed down. Messier was born and bred at Sam-son farm. He has incredible records for racing. His last race was in the Grade 1 Santa Anita Derby on April 9 at Santa Anita Park, where he finished in second place.

His running style is either at or near the front early; it looks impressive, right? Spectators say “he had quite a bit of time between starts,” which is perfect for the derby—one of the favorites you would want to be looking out for him.

The forbidden kingdom is owned by two parties, MyRacehorse and Spendthrift farm LLC. One of his races this year had dominated an early front runner, expanding his two lengths at the quarter pole to seven lengths at the three-quarters mark, which makes him belong to the favorites. His edge comes to play in the 1-1/16th mile race; he is currently the best in that category, so it’s hard to bet against him. Looks quite interesting to watch him on that day.

Born and brought up by Ashview farm and Colts Neck stables Llc, Donegal is among the favorites to be watched; he has had two wins and finished third two times. He has gone on 1 1/8 mile Remsen G2 at aqueduct and won a duel over a talented horse. This makes him a favorite to be watched going into this race.

Morello owners are Blue Lion Thoroughbreds, Talor, Craig, and Diamond T Racing. He was born and bred by Robert B. Tillyer. He made his first debut at Jimmy Winkfield Stakes, a race where he stormed the stretch front and drew off to win by five lengths.

On his next start, he improved by winning by 4 and 1/2 lengths on his next start, which earned him some valuable points to qualify for the Kentucky derby. With these improvements, it would be interesting to watch him on that day.

These are some of the favorite horses competing. They all have some unique talents that put them among the favorites to be watched on May 7. Although these horses are the top contenders, other horses still got a reasonable winning chance, even though we’re not highlighting them here.