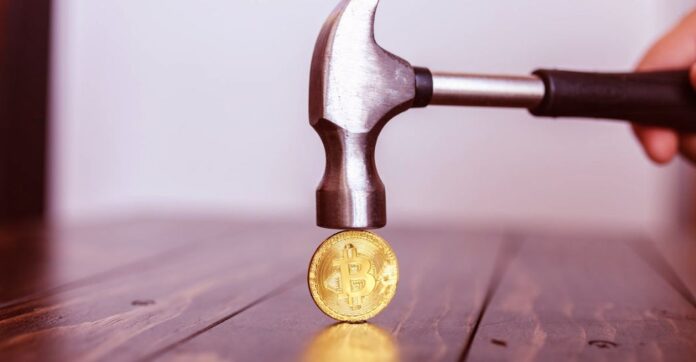 Contents hide
1 How Many Bitcoins were stolen?
2 How Much BTC did the US Official Recover?
3 How did US Official Execute this Operation?
4 Did the Criminals try to Launder this Money?
5 How did US Federal Recover This Money if Bitcoin is Anonymous?

How Many Bitcoins were stolen?

Bitfinex appeared on the list of popular cryptocurrency exchanges. Unfortunately, the exchange was attacked by hackers two times in two years. In 2016, the hacking cartel stole nearly 120,000 BTC. These BTC were merely worth $60 million at that time.

The worth of these BTCs today is nearly $4.5 billion. The US officials could not recover every BTC this hacking group stole, but they nearly recovered 85 of the cryptocurrency assets. Even after arresting these two hackers, there were not able to prove that these two were the only individual who stole these BTCs.

Immediately after the bitcoin hack, hackers transferred stolen BTCs to Lichtenstein wallet. In a period, they merely withdrew 20% of the BTC, and the rest were present in the BTC wallet.

How Much BTC did the US Official Recover?

As discussed above, the total worth of bitcoin stolen by hackers at this time is $4.5 billion, but the officials were able to seize only BTC worth $3.6 billion. In short, the US officials could seize nearly 95000 BTC out of the 120,000 BTC stolen by the hackers.

How did US Official Execute this Operation?

After the execution of the hack, the official authorities released a search warrant for the virtual accounts managed by these two individuals. Additionally, specific agents were hired by authorities to access the documents related to cryptocurrency wallets.

Did the Criminals try to Launder this Money?

You might wonder what happened to the remaining cryptocurrencies that the US officials seized. The hackers performed several techniques to launder this illicit money. One of the prominent tactics was splitting the money into smaller fragments and transferring it to multiple cryptocurrency wallets.

How did US Federal Recover This Money if Bitcoin is Anonymous?

Even if the public address does not state anything about an individual’s public identity, the public ledger makes every transaction public. US federals monitored the blockchain for a long time and noticed the cryptocurrency wallets receiving massive funds at once.

When US federals learned about Lichtenstein’s wallet address, they acquired information from the officials required to access it. When the special agents attained private keys to access their wallets, they legally seized the entire amount present in that cryptocurrency wallet. It is how US officials executed this entire operation.

The above-listed portion explains how the US officials resolved this cryptocurrency scam.